The course discusses aspects of modern contract theory in light of the development of behavioral theory and the incorporation of social preferences in many areas of contract theory. The students will be asked to take active part in the discussions in class, and at times to present key ideas of the articles below. Thus, the course will include presentations by the teacher, presentations by students, and dialogue in class.

August 25: Some theories of fairness, reciprocity, equality and the management of self-beliefs

Milgrom-Holmstrøm’s multitask model without social preferences
Holmstrøm, B. and P. Milgrom (1991) “Multitask Principal-Agent Analyses: Incentive Contracts, Asset Ownership, and Job Design”, Journal of Law, Economics, & Organization, 7 (special issue), 24-52.Application to the theory of the firm
Holmstrøm, B. and P. Milgrom (1994) “The firm as an incentive system”, American Economic Review, 84 (4), 972-991.The multitask model including behavioral assumptions
Fehr, E. and K.M. Schmidt (2004) “Fairness and Incentives in a Multi-Task Principal-Agent Model”, The Scandinavian Journal of Economics, 106 (3), 453-474.

The basic Rothschild-Stiglitz model of adverse selection in the insurance market
Rothschild, M. and J. Stiglitz (1976), “Equilibrium in Competitive Insurance Markets: An Essay on the Economics of Imperfect Information”, The Quarterly Journal of Economics, 90, 629-649.

Empirical evidence on renegotiation and hold-up
Iyer, R. and A. Schoar: “Incomplete Contracts and Renegotiation: Evidence from a Field Audit”

A behavioral perspective on risk allocation in contract
Lando, H., Risk allocation and the risk of conflict, Unpublished Working Paper. 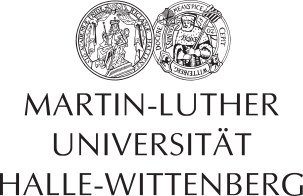